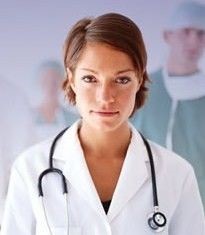 Blood can be tested for many different things. The person who requests the blood test will write on the form which tests they want the ‘lab’ to do. Different blood bottles are used for different tests. For example, for some tests the blood needs to clot and the test is looking for something in serum. For some tests, the blood is added to some chemicals to prevent it from clotting. If the blood glucose is being measured, then the blood is added to a special preservative, etc. This is why you may see your blood added to blood bottles of different sizes and colours. In the case of a health screen then the largest range of bloods possible are taken.

Blood tests are taken for many different reasons, for example, to:

The standard blood tests at Dublin health screen are as follows,

What is normal blood made up of?

Blood cells, which can be seen under a microscope, make up about 40% of the blood’s volume. Blood cells are divided into three main types:

When blood spills from your body (or a blood sample is taken into a plain glass tube) the cells and certain plasma proteins clump together to form a clot. The remaining clear fluid is called serum. 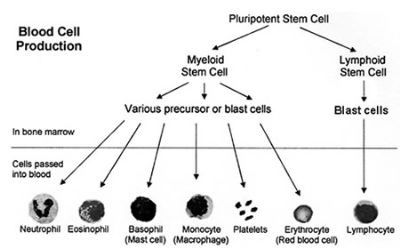 Blood cells are made in the bone marrow by ‘stem’ cells. The bone marrow is the soft ‘spongy’ material in the centre of bones. The large flat bones such as the pelvis and breast-bone (sternum) contain the most bone marrow. To constantly make blood cells you need a healthy bone marrow. You also need nutrients from your diet including iron and certain vitamins.

Stem cells are primitive (immature) cells. There are two main types in the bone marrow – myeloid and lymphoid stem cells. These derive from even more primitive common ‘pleuripotent’ stem cells. Stem cells constantly divide and produce new cells. Some new cells remain as stem cells and others go through a series of maturing stages (‘precursor’ or ‘blast’ cells) before forming into mature blood cells. Mature blood cells are released from the bone marrow into the bloodstream.

What is a blood group?

Red blood cells have certain proteins on their surface called antigens. Also, your plasma contains antibodies which will attack certain antigens if they are present. There are various types of red blood cell antigens – the ABO and rhesus types are the most important.

These were the first type discovered.

Your ‘blood group’ depends on which antigens occur on the surface of your red blood cells. Your blood group is said to be:

There are many other types of antigen which may occur on the surface of red blood cells. However, most are classed as ‘minor’ and are not as important as ABO and rhesus.

How does blood clot?

Within seconds of cutting a blood vessel, the damaged tissue causes platelets to become ‘sticky’ and clump together around the cut. These ‘activated’ platelets and the damaged tissue release chemicals which react with other chemicals and proteins in the plasma called ‘clotting factors’. There are 13 known clotting factors which are called by their Roman numbers – factor I to factor XIII. A complex cascade of chemical reactions involving these clotting factors quickly occurs next to a cut. The final step of this cascade of chemical reactions is to convert factor I (also called fibrinogen – a soluble protein) into thin strands of a solid protein called fibrin. The strands of fibrin form a meshwork, and trap blood cells and platelets so that a solid clot is formed.

Some types of blood disorders

There are various conditions where you tend to bleed excessively if you damage or cut a blood vessel. For example:

Sometimes a blood clot forms within a blood vessel which has not been injured or cut. For example: