Should I be screened for prostate cancer? 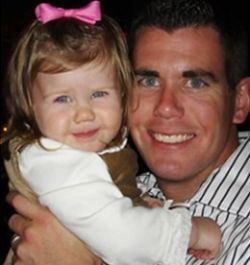 Men who are screened run some risks from the biopsy test, and may not benefit from treatment even if they do have cancer. In fact, by diagnosing and treating cancers that might not need to be treated, the risk of reduced quality of life from treatment complications may be higher than if they were not screened. This does not stop men asking to be screened and a test (the PSA test) is available as a standard blood test at Dublin Heath screen. You may know or have heard of someone who swears by the PSA test (for more on this see Screening tests heading below). However, there are a number of factors that mean the test would not be helpful to everyone.  Right now, there is no evidence that screening a man without symptoms will help him to live longer.

If you feel well but have some concerns about prostate cancer, or if you have symptoms, a discussion of the options will help you decide on a course of action. The things to be considered are any family history of cancer, your age, your general health and how a diagnosis of cancer may affect you. Dublin Health screen can advise you of the potential risks and benefits of being screened, and also of the treatment options for cancer if it was to be detected. It is possible that you might not be seriously affected, even if you have cancer. Possible symptoms include difficulty starting to pass urine, a slow flow, dribbling, blood in the urine, having to get up often at night, or having to rush to get to the toilet. Remember that these symptoms can be caused by a number of medical problems.

What is prostate cancer?

Prostate cancer is a cancer that develops in the prostate gland. The prostate sits just below the bladder and is about the size of a walnut. Problems begin when the gland grows bigger, which commonly happens as you get older. Half of all men over 50 have enlargement of the prostate gland. Only one in 10 men with prostate symptoms will have cancer; in the rest, the cause of symptoms is usually a non-cancerous enlargement known as benign prostatic hypertrophy. Benign enlargement of the prostate gland tends to occur at the same age as prostate cancer, but there is no evidence that one leads to another. Prostate cancer is one of the most common causes of death from cancer in Irish men. Every year about 2000 to 3000 cases of prostate cancer is diagnosed, three quarters in men over 70. About 500 men die from the disease every year, nearly half of them over 80 years old. The figures are not as worrying as they seem. More men who have been diagnosed as having prostate cancer die from other causes than die from the cancer itself. However, it is difficult, even with screening, to identify tumours that are going to develop rapidly.

What screening tests for prostate cancer are available at Dublin health screen?

The term screening refers to tests that pick-up disease at an early stage. The most common test for prostate cancer is the PSA test, which measures a substance called Prostate Specific Antigen (PSA) in the blood. PSA is a normal product of the prostate gland, but raised levels suggest cancer or other prostate problems. Doctors looking for prostate cancer will do a PSA test in conjunction with a rectal examination of the prostate gland itself. If the PSA test is positive, other tests and investigations will have to be done before a definite diagnosis of cancer can be made. This usually requires an ultrasound test and a needle biopsy of the prostate gland. Three quarters of men who have a positive PSA test will not have cancer, so the PSA test is not itself a reliable diagnosis. There is also a small risk of infection and bleeding from a biopsy, so the test is only done if there is a suspicion that a cancer is present.

How is prostate cancer treated?

The main ways to treat prostate cancer that has not spread are either radical surgery to remove the whole prostate gland (radical prostatectomy) or radiotherapy. Because both forms of treatment carry significant risk of complications like impotence, incontinence and bowel problems, ‘watchful waiting’ can be considered as an alternative option. The current evidence is that treating some prostate cancers does not improve your likelihood of survival, and may reduce the quality of your remaining life.