Chlamydia in Women and Men screen, an optional test only depending on clinical risk 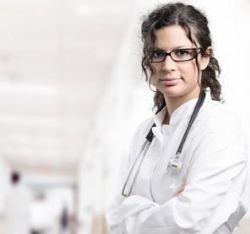 Chlamydia is the most common sexually transmitted infection in Ireland. It often causes no symptoms, and can be passed on to others without you realising. However, symptoms and complications may develop if it is left untreated. A short course of an antibiotic clears the infection in most cases.

How do you get chlamydia and how common is it?

The risk of infection increases with the number of changes of sexual partner. Wearing a condom during sex helps to prevent chlamydia and other sexually transmitted infections.

What are the common symptoms of chlamydia?

No symptoms occur in up to 8 in 10 cases. If symptoms do occur, they can include:

Why should I have treatment if I have no symptoms?

Do I need any tests?

Chlamydia can be confirmed by a ‘swab’ taken from the cervix and urethra. (A swab is a small ball of cotton wool on the end of a stick which is used to obtain mucus and cells to send to the lab for testing.) Newer tests using a urine sample or a swab from the lower vagina are becoming increasingly used. You may also be advised to be tested for other sexually transmitted infections.

What is the treatment for chlamydia?

A short course of an antibiotic usually clears chlamydial infection. Even if you have no symptoms, treatment is strongly advised to prevent possible complications. Tell your doctor if you are (or may be) pregnant. This may affect the choice of antibiotic. Do not have sex until you and your sexual partner have finished treatment (or for seven days after treatment with a ‘single dose’ antibiotic which is sometimes used).

Does my partner need to be treated?

What are the possible complications of chlamydia?

The risk of complications is much reduced if chlamydial infection is treated early.

What are the symptoms of non-gonococcal urethritis?

Therefore, even if symptoms go, there is a good chance that you can pass on the infection if you are not treated.

A specimen of the discharge (a ‘swab’), and/or a urine specimen, may be taken to try and identify the cause of the infection. You may also be advised to have tests for other sexually transmitted infections.

What is the treatment for non-gonococcal urethritis?

A short course of antibiotics usually clears NGU. The antibiotic prescribed may depend on which bacteria are found (often chlamydia), and whether other infections are also present.

If no bacteria are found by the tests, you may still be advised to take a course of antibiotics if you have symptoms of NGU. Infection is still the likely cause, even if a bacterium cannot be identified.

Most people get better with antibiotic treatment.

A doctor or health care professional will often want to know that treatment has worked. It is common to be reviewed a couple of weeks after you start treatment to check that symptoms have gone. Sometimes re-testing and a second antibiotic is needed if symptoms persist.

You should not have sex until both you and your sexual partner(s) have finished treatment.