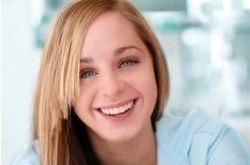 What is the purpose of an MSU test?

How do I do a mid-stream specimen of urine?

The aim is to get a specimen (sample) of urine from the middle of your bladder. Urine is normally sterile (no bacteria present). If bacteria are found in the sample, it means that the urine is infected. A ‘mid-stream’ sample is best as the first bit of urine that you pass may be contaminated with bacteria from the skin.
Women – hold open your labia (entrance to the vagina). Men – pull back your foreskin. Pass some urine into the toilet. Then, without stopping the flow of urine, catch some urine in a sterile bottle. (The bottle is usually provided by a doctor or nurse.) Once you have enough urine in the bottle, finish off passing the rest of your urine into the toilet.
Do not open the sterile bottle until you are ready to take the sample. You do not need to fill the bottle to the top, a small amount will do. (Some specimen bottles contain a preservative. If this is the case, a mark on the bottle will indicate the ideal amount of urine. However, if that is difficult, any amount is better than none.)

Note a macro analysis of the urine sample is carried out in the practice and the sample is also sent to St James or St Vincents for culture and sensitivity.